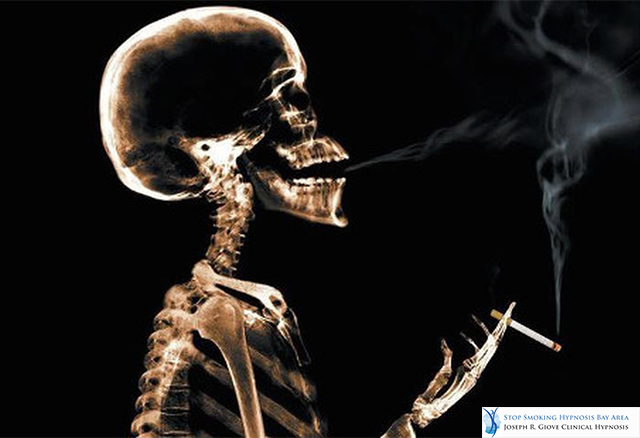 When you talk to most people about serious health risks, it’s almost a guarantee that smoking will be brought up. After all, stopping smoking is one of the single most important things one can do to reduce their risk of cancer and heart disease and start to feel better physically as a whole.

But at Joseph R. Giove Clinical Hypnosis, I’ve noticed that a number of people don’t fully understand just what it is about smoking that keeps them coming back or what damages their health. While things like the tar and the various carcinogens within a cigarette are understood, the various health effects of nicotine aren’t as widely talked about.

This is especially problematic since many people switch from smoking cigarettes to using electronic cigarettes or even nicotine gum or patches. They’re still getting their nicotine, but through method that doesn’t come with the tar and the more than 4,000 toxic chemicals found in cigarette smoke.

However, what they don’t realize is that nicotine itself has a variety of impacts on the human body and its overall health and wellbeing. In other words, using any kind of nicotine product is something you should stop doing. Otherwise you’ll be putting yourself at risk for a variety of health issues.

First, it’s worth understanding the basics of what nicotine itself actually is. There are a few basic points that can help explain this to you clearly.

In short, it’s a chemical compound found in plants. But beyond that, nicotine is a drug – just like the many illegal drugs available throughout the country. It acts as a stimulant, and also triggers various psychoactive effects on the user. This includes feelings of relaxation, appetite reduction, and mood elevation. It works as a stimulant and a relaxant and as such is a bit different from many other drugs out there.

The Many Health Effects

Now it’s time to get into the health effects of nicotine. When a cigarette is smoked, the nicotine is absorbed by the lungs and enters the blood, reaching the brain in about seven seconds in most cases. This triggers the release of a variety of different chemicals like dopamine and serotonin, which brings the calming effect with it. But that nicotine-rich blood is now moving throughout the body and can have a wide range of impacts on it. The various health effects of nicotine include the following.

It’s true that currently there are only mild links between cancer and nicotine itself, though researchers disagree as to whether or not the use of nicotine will lead to cancer. Some studies have shown that it can occur, and that tumor growth is increased directly by nicotine. In other words, the risk of cancer from nicotine is something worth paying attention to – just because you’re not smoking doesn’t mean you’re not placing yourself at an added risk.

Pregnant women in particular need to avoid the use of nicotine. No matter how the chemical enters the body, it will find its way into the bloodstream and will then be passed to the unborn child. This has been connected to numerous health issues including:

Nicotine is also present in breast milk of nursing mothers who smoke, highlighting yet another way that babies could be exposed to this drug.

Of course, we can’t talk about nicotine and your health without talking about the key reason that smoking is so hard to stop for millions – addiction. Nicotine is the substance within cigarettes that users become addicted to, due to the impact it has on the brain’s natural chemistry.

By triggering the release of pleasure causing compounds within the brain, nicotine quickly develops into a chemical that users are addicted to. Some studies have suggested that it’s even more addictive than cocaine, and while it doesn’t have the same level of health effects that cocaine use will bring with it, the prevalence of nicotine use means that it’s just as large of a problem for society.

Due to the highly addictive nature of the drug, users have a difficult time stopping its use and instead often stop smoking by using patches or e-cigarettes. However, this still doesn’t remove the health risks associated with nicotine itself. As a result, it’s important to find a way to completely stop using nicotine.

Hypnosis can help. It’s a proven technique that has helped thousands in the Bay area put down the cigarettes and e-cigs, step away from the patches and gum, and live a completely nicotine-free life. Complete cessation is the only way to avoid the many health effects that nicotine can have on one’s life, and as such it’s well worth looking into all of your options for doing just that – including hypnosis.