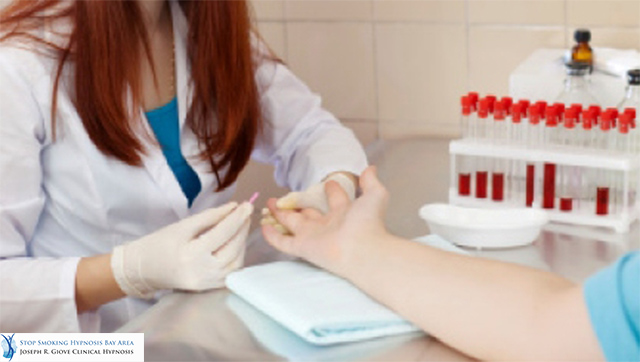 Smoking is one of the most serious health issues in the country today, and has been for years. It’s something that was once incredibly popular and tobacco was actually a crop that the nation’s early economy was built upon, but for decades research has consistently shown that smoking is detrimental to one’s health in very serious ways.

It’s also something that’s hard to stop. Tobacco is incredibly addictive and for most the physical and mental dependence that they build up is hard to break free of. Here at Joseph R. Giove Clinical Hypnosis, I understand that difficulty and can help you break free of your addiction through the power of mental suggestion.

However, knowledge is power and it’s worth taking the time to learn more about smoking, nicotine, and how long it stays in your blood.

Nicotine is the compound in tobacco that lends it the addictive properties that hook users for years. Chemically speaking, it’s an alkaloid that serves as a stimulant on the human body. It comes from the nightshade family of plants, and only makes up about 0.6 to 3.0 percent of the plants composition when dry – but that small percentage is incredibly potent.

The drug – and it is a drug – works as a kind of stimulant that also triggers some mild psychoactive effects on the user. The drug has a number of impacts on the human body that also help increase the addictive nature, such as:

In other words, it works just like other drugs and directly changes the way the body is working, as a result leading to addiction.

Why Is It Dangerous?

While most will point out that the majority of carcinogens and other hazardous materials in a cigarette come from other compounds and chemicals within the smoke, nicotine itself is dangerous as well. There are many different negative health effects of nicotine, including:

Thus far, no links have been made between cancer and nicotine other than the fact that the addiction to nicotine leads to continued smoking, and smoking itself exposes the body to more than 4,000 cancer causing agents.

What Happens When Nicotine Enters The Body?

Just ten seconds after you inhale a puff off a cigarette, nicotine begins being absorbed through the mouth, lungs, and nose. From there it travels through the bloodstream and into the brain and begins stimulating the adrenal glands, producing adrenaline. The nicotine also increases the production of dopamine, generating higher feelings of pleasure.

The end result of this is that you feel enhanced feelings of happiness and pleasure, reduced stress, and more. In short, it works just like a drug – including the negative impacts that can come with drug use.

How Long Does Nicotine Stay In The Blood?

Now to the title of this post. There are a couple of reasons that one may want to completely remove nicotine from their bloodstream. The first is that an insurance urine or blood test used to qualify for lower rates might be required from your insurance provider. The presence of nicotine will eliminate those healthy lifestyle benefits completely.

The other reason is simple – quitting smoking means getting rid of nicotine. After all, when you’re addicted to a drug you have to detoxify your body as part of the process. This means that your bloodstream needs to be free of nicotine in order to completely break free of the drug’s hold on you. Of course, it’s not just that simple but the fact remains that eliminating nicotine is an important first step.

The hard answer is that nicotine will stay in your body for a length of time directly related to how much and how often you smoke as well as other factors like age or overall health. For a basic blood test, nicotine can be detected for about 3 to 4 days after smoking the last cigarette. In heavier smokers, it can remain for as long as 20 days.

Eliminating Nicotine From The Body

The simplest way to get nicotine out of the body is to stop smoking, though it can be cleared from the body quicker by drinking lots of water and exercise. However, anyone who has tried to stop smoking can attest to the fact that it’s really not as easy as just putting down the smokes for good.

In fact, many of the leading methods of smoking cessation actually rely on the continued use of nicotine to do so. Things like patches, gum, and even those e-cigarette systems all continue to deliver nicotine to the body while avoiding cigarette smoking. This means that even though you’re not smoking, you’re still exposing your body to nicotine. It’s a valid option, but not the best one when you want to make a real change and completely escape from nicotine addiction. After all, nicotine itself does continue to have an impact on your health. Cutting it out completely is a better option – and there are ways to stop smoking that don’t rely on constant nicotine use without the cigarettes.

There is a better way, however – one that’s helped millions of people throughout the country successfully stop smoking. I’m talking of course about hypnosis, and I’ve personally helped countless clients stop smoking through the use of hypnosis.

One of the biggest challenges of breaking free of any addiction is understanding that a part of your brain could be hijacking your efforts. Studies have shown that hypnosis is one of the most effective ways to stop smoking, and by using the power of mental suggestion it’s possible to stop smoking and free yourself from nicotine for good. If you’re serious about getting nicotine out of your body and living a healthier life, hypnosis could be worth looking into.