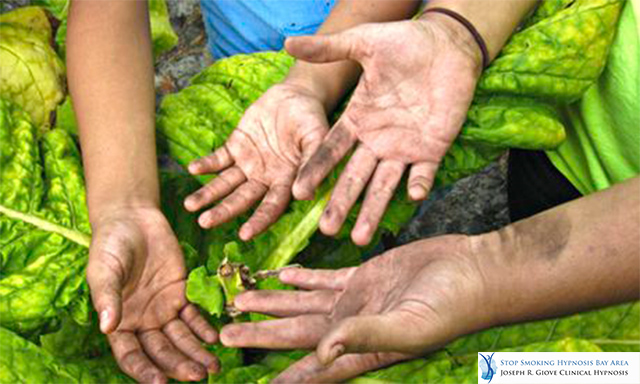 In today’s world, with health news and research being presented regularly and a newfound focus among most in the country towards healthier lifestyles, it’s no surprise that most of us are fully aware of how dangerous smoking can be. After all, studies constantly find that things like heart disease, cancer, and respiratory diseases are all linked directly to the use of cigarettes – there are more than 4,000 toxic chemicals in every puff you take.

Among the various chemicals and compounds found in cigarettes is one that most are vaguely aware of – nicotine. But at Joseph R. Giove Clinical Hypnosis, I’ve noticed that nicotine itself is somewhat misunderstood. How it works, what its role in a smoker’s life is, and where it comes from are all things that aren’t often completely known by smokers. That’s something worth changing.

First, we need to understand the basics of nicotine in cigarettes and smokers. Nicotine is a type of compound that is now classified as a drug due to the impact it has on the brain’s natural chemistry. When it is smoked, the lungs absorb it through their mucus membranes and it passes through the bloodstream and into the brain within about seven seconds. Once in the brain it triggers the release of a variety of compounds such as dopamine that relax the user and elicit feelings of calm.

It’s also incredibly addictive, having the same addictive qualities as drugs like heroin and cocaine. As such, smokers become dependent on the drug quickly.

Where Does It Come From?

Nicotine is actually a naturally occurring compound that is found within tobacco and within other plants within the nightshade family. It’s a type of alkaloid, which is a chemical containing nitrogen. While it generally occurs naturally in tobacco plants, some nicotine is artificially produced for certain uses.

Today’s tobacco plants have been bred and genetically modified to produce higher levels of nicotine, primarily to help increase the addictive nature of the cigarettes. In certain products the nicotine will be artificial, such as electronic cigarettes and nicotine patches.

While nicotine is commonly thought of as the primary component of tobacco, it’s important to remember that it’s also one of the most dangerous and deadly natural poisons found in the world. In fact, for years it was used widely as a type of insecticide due to the fact that it is an antiherbivore chemical – a compound that kills plant-eating insects. This natural defense mechanism is also a key part of why nicotine is so dangerous.

The idea of nicotine being a natural ingredient can seem silly, but it’s very true – the key is to remember that natural doesn’t always mean ‘healthy’ and in this case it’s the exact opposite. Found naturally in the plant, nicotine is still very toxic and highly dangerous, not only because of its addictive nature.

Where Do Nicotine Addicts Get Their Nicotine?

It’s worth looking at the other side of the question of where does nicotine come from, too. You now know where the substance is originally found, but extending that question means understanding where it’s found in the retail world. In other words, where someone who is a nicotine user gets their nicotine ‘fix’ from. There are three primary sources of nicotine today:

The Dangers Of Nicotine

Now you know where nicotine comes from and where nicotine addicts obtain it. But what about the dangers? It’s true that the evidence currently doesn’t support the claims that nicotine can directly cause cancer like the other chemicals in cigarette smoke, but nicotine can have its own risks. These potential dangers range in severity from mild to severe and involve virtually every system within the body. Some examples of the health risks of nicotine include the following.

Simply put, nicotine is still a very dangerous drug that is as difficult to quit as heroin. As such, it’s important to take the right steps to stopping its use entirely. There are plenty of options for doing so, but just be sure that you understand that stopping smoking with nicotine-based aids isn’t reducing all of your health risks.