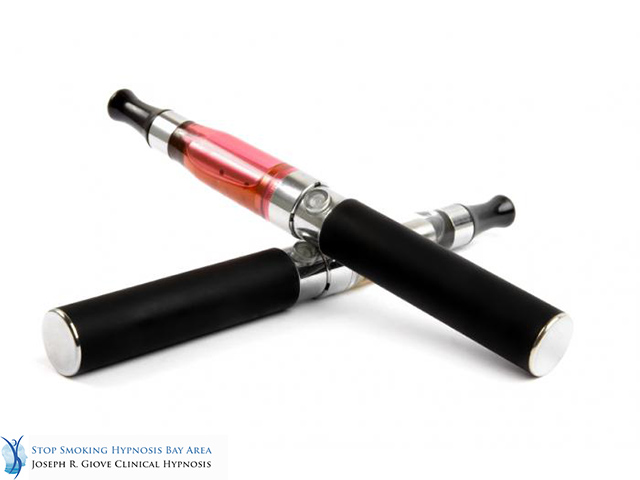 According to a recent study by the Hong Kong Baptist University, e-cigarettes are one million times more harmful than breathing Hong Kong’s renowned air pollution. Let’s think about that for a minute. Hong Kong is one of the most densely populated cities in the world with almost 7.2 million people in a city that is a little more than 1,100 square kilometers in size. The city frequently experiences extreme air pollution, and there are even travel advisories issued to tourists due to the severity.

Now there is a report that the chemicals in e-cigarettes are one million times more harmful to your body than breathing the air in Hong Kong.

Why Are E-Cigarettes So Popular?

Hypnotherapist and smoking cessation expert Joseph R. Giove has 25 years of experience helping people quit smoking. He knows that people who are desperate to quit will look for any means necessary, including switching to e-cigarettes, which are often marketed as a safer alternative.

In this article we will discuss the following topics related to the recent rise in e-cigarette popularity:

The ‘E’ in e-cigarettes stands for ‘Electronic’, and they are battery operated heating devices that deliver flavored nicotine and other chemicals to the smoker using vapor instead of smoke. In most e-cigarettes, puffing activates the heating device, thereby releasing the vaporized, flavored liquid. This process is called ‘vaping’.

It is the chemicals that are added to the e-cigarettes that are now being studied, and there are some surprising findings. e-cigarettes have only been on the market for a short time, and as such, not much is known about their long term effects. There have been many conflicting reports about e-cigarettes, but as more studies are done it seems the health risks are significant and troublesome.

The recent report from the Hong Kong Baptist University states that e-cigarettes are significantly more dangerous to your health than had been previously thought. More and more tests are being conducted to examine the health risks of using e-cigarettes, which are often marketed as a way to quit smoking conventional cigarettes.

These studies have been yielding some troubling results. There is a significant amount of polycyclic aromatic hydrocarbons, or PAH’s, in the most common e-cigarettes. PAH’s are a byproduct of burning petroleum, which can be detected in the air alongside streets and highways and are measured as a way to determine a city’s pollution level. An assistant professor of biology at the Hong Kong Baptist University was quoted saying to the South China Morning Post: “(The Level of PAH’s) in e-cigarettes is at least one million times more than roadside air in Hong Kong.”

The Chemicals Involved in E-Cigarettes: By the Numbers

The health effects of e-cigarettes are only just now being studied, and because of their relative newness, their long term effects cannot be accurately projected. However, the studies that have been done are producing some alarming results. While “vaping” appears to make the smoke less concentrated, it is still full of nicotine and carcinogens.

A recent study by the Hong Kong Council on Smoking and Health analyzed 13 different types of e-cigarettes and found an array of dangerous chemicals:

The addition of flame retardants to E-cigarettes is because they use heat to produce the vapor, and therefore need a flame retardant to keep them from catching fire or even exploding. PBDE’s are more commonly used in furniture and electronics for the purpose of inhibiting fire, and were detected in e-cigarettes in the range of 1.7 to 1,490 nanograms per milliliter.

E-Cigarettes and their Popularity Amongst Youth

One of the main attractions of e-cigarettes is that the consumer can choose one or even a combination of flavors. Some of these flavors include: Lazy Hammock, Afternoon Delight, Third Base and White Gold. If you have ever gone to a bakery or a cocktail bar you can imagine the amount of flavors there are to choose from. Because of the near endless combination of flavors with fun names, e-cigarette companies are able to market to much younger potential consumers than conventional cigarettes. Youth are able to choose from flavors such as: Cupcake, Cotton Candy and Fruit Squirts.

In the same University of Hong Kong study, they found that 68{cb12661b2b7fd86e618703ac3a1bf5df9897d897450d7668a57e7745cc225577} of people surveyed in a six month study had absolutely no knowledge regarding the chemicals they were inhaling into their bodies. More research about the long term effects of e-cigarettes needs to be conducted, and more government regulations need to be enforced.

So far 16 countries have banned the sale, advertising, distribution, import and manufacturing of e-cigarettes. Studies from the Harvard School of Public Health are now finding that e-cigarettes and their flavoring are causing severe respiratory diseases due to the harmful chemical diacetyl, which is found in 3 quarters of all e-cigarettes. Diacetyl is a flavoring chemical used in e-cigarettes and their refill cartridges whose purpose is to appeal to a broader audience by enhancing flavor.

The fact of the matter is that e-cigarettes are still very new, and not enough is known about long or even short term health risks. Nevertheless, they are extremely popular, especially among youth despite their potential dangers.

Hypnotherapy and How It Will Help You quit smoking

There are many options on the market aimed at helping people quit smoking, but it has not yet been proven that e-cigarettes are a viable alternative to smoking, or that they provide any help for those wishing to quit.

There are both psychological and pharmaceutical methods available to aid in this endeavor, but so far the method with the least side effects and highest efficacy is clinical hypnotherapy. Joseph R. Giove has been successfully practicing hypnotherapy for over 25 years, and knows that its power can help you quit smoking forever. It’s time to live a healthy, smoke-free life, and e-cigarettes are certainly not the way to accomplish this.